Last week, a developer asked me to look at some UI he was working on. It was a settings screen, and in certain scenarios a configuration could fail causing an error that required the user to re-run a synchronization. (I’m oversimplifying for the sake of the example.) 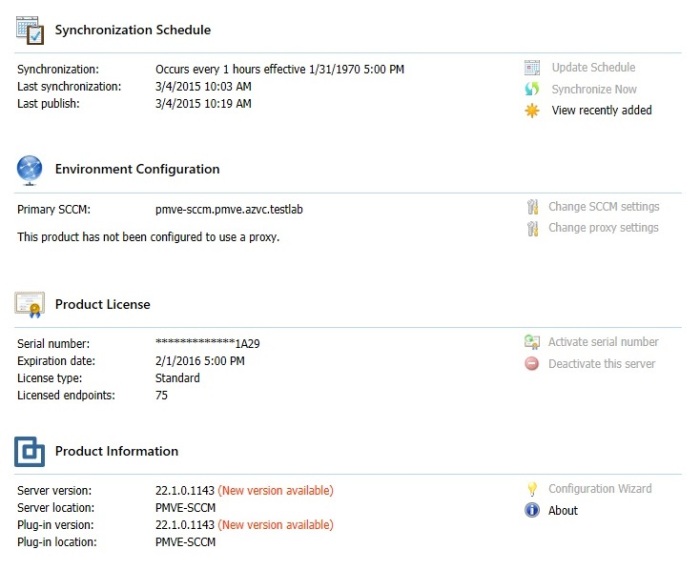 What was bugging the developer was the fact that the error message got displayed way down in the left-side column, and yet to remedy the situation the user needed to click a command link way up in the top-right of the screen.

Would users know what to do? 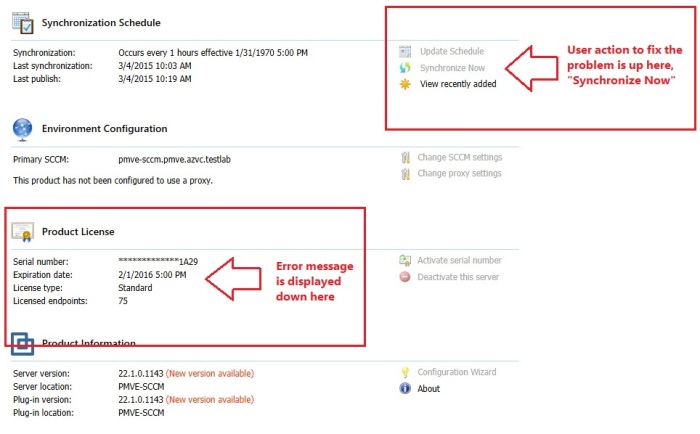 I told him that his instincts were right on. It was a classic Fitts’s Law scenario. “What’s Fitts’s Law?” the developer asked. And I gave him a Cliff’s Notes explanation, saying that it had its roots in ergonomic studies but that to us UXers it basically translates to saying that the closer an interface element is to an action, the easier / more efficient it is for the user to act on it; and, conversely, the further away the UI elements are from an action, the more difficult / less efficient it will be for the user.

So in the case of his UI example, we decided to repeat the command link inline with the error message so that it would be easier for users to identify the action and proceed to the next step of fixing the problem. (We didn’t actually do it in yellow, that’s just a mock up for this blog.) 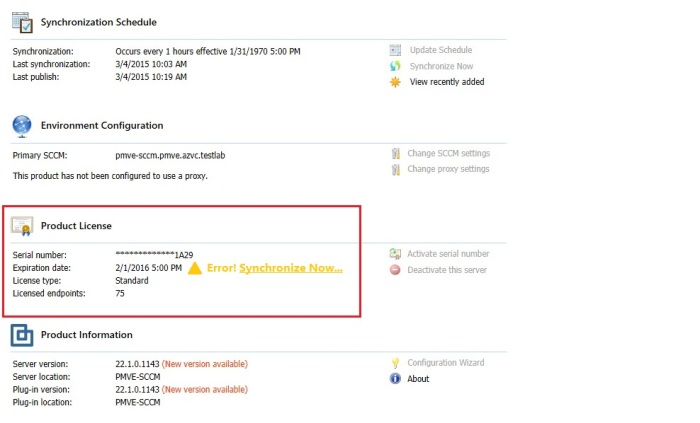 This encounter led me to Tweet: “Fitts’s Law easily gets buy in from people in our dev org. What other UX laws are out there? Must investigate.”

With the help of my fellow IxDA Phoenix leader Wayne Neale, I uncovered the following:

How this applies to UX: Proximity matters! When crafting your designs, pay attention to the workflow and place action buttons, command links, navigation elements, etc. close to where you expect the user to be in their journey across the UI. This will make actions more intuitive and help the user complete tasks more efficiently.

In a nutshell: Jakob’s Law states: “Users spend most of their time on other sites. This means that users prefer your site to work the same way as all the other sites they already know.”

How this applies to UX: If there’s an existing UX convention or pattern that applies to what you’re designing, you may very well want to use it – because this is what the user will expect based on how everything else works (in their experience). And when something doesn’t work as expected, users may get confused or, worse, frustrated, and decide to bail on your Web site, product, service, etc.and go to something more familiar that they feel comfortable using.

It’s your responsibility as a designer to educate yourself on design conventions and have a very good reason / purpose in mind when you decide to break them.

In a nutshell: This law essentially states that the more choices you are given, the longer it will take you to make a decision.

How this applies to UX: Hick’s law is often applied to navigation and tool bar menus, but it can also apply to option fields, check boxes, and other elements presented on a page or in a form. As a designer, knowing about Hick’s Law can help you make decisions about how to segment navigational elements for the user – possibly using inductive design to narrow down top-level navigational options and present second and third tier items later, as the user drills down. It can also bring focus to workflow design: What is the user doing on a screen? What’s the main purpose? What are the main decision or action points? Distill things down to make things clear and your users will thank you.

In a nutshell: Miller’s Law is rooted in psychology and it basically says that the average person can hold up to seven things in their mind, max, before becoming utterly and totally confused.

How this applies to UX: Think about complex tasks involving multiple steps: Will the user be able to follow along? For how long? If you take Miller’s Law and apply it literally, you’d have up to seven steps and then that’s it – you’re going to lose people! But a better way of applying this may be to look at complex tasks and “chunk them up” into smaller objectives that the user can complete bit-by-bit on their way to accomplishing a bigger goal. A classic example of this is Turbo Tax. Their UI guides the user through the process of completing their yearly taxes, but does so in sections that the user can go through and complete one-by-one in sequence. The user can stop and come back, jump ahead, move backwards, and so on at their leisure. This was a very conscious decision on the part of Intuit’s design team and it took a task that most people hate and are fearful of (doing your taxes) and made it relatively simple, dare I say, easy?

I’m sure there are more UX laws that I’ve missed, but that’s a good start. If you know of any off hand, please reply in the comments!